This past month, newspapers & magazines are pulling out all the stops to keep us reading, thinking, and conversing. They say 'necessity is the mother of invention' well, I haven't seen such genius in a long while... 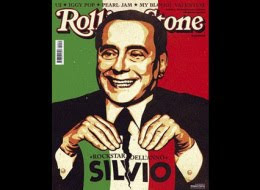 Berlusconi lauded as 'Rock Star of the Year' by the Italian Rolling Stone.
Says Carlo Antonelli, Editor Rolling Stone, "This year the choice was unanimous, for his obvious merits due to a lifestyle for which the words 'rock and roll' fall short,"Rod Stewart, Brian Jones, Keith Richards in their prime were schoolboys compared to [Berlusconi]."
No further comment necessary.

From the files of 'tutto il mondo e' un paese'...Americans are creating a generation of their own mammones, but worse. These kids don't have all the traditions of la famiglia at their disposal, and yet, they're mammones all the same.
But at least this new societal malaise garners national cover attention.
Recognition is the first step toward recovery...

And then, the Wall Street Journal poses a loaded question on its very front page which I glimpsed right in glittery Times Square where the comparatively infintesimal ball will drop in just under a month. The now-octogenerian and truly beloved American Bandstand host Dick Clark, still rockin' 5 years after suffering a stroke is slated for New Years Eve. 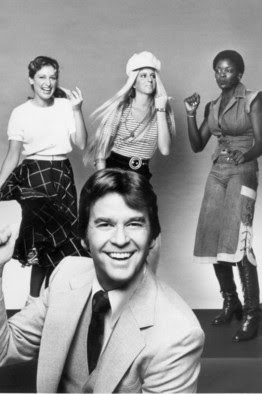 And they dare say it, "Isn't it time to pass the baton?"
After witnessing the recent passing of his Italian brother, Mike Bongiorno, who no one wanted to see departing this earth, I wonder if maybe the question shouldn't be posed first to certain politicians...

And, the best news yet: Tiger Woods' has done more for golfing with his 'transgressions' than even his golf score. His fall from grace has given the Golf industry its greatest drive ever.
I mean, who'da thought that a bunch of pot-bellied guys willingly donning lime green and plaid pants, goofy hats and riding around in cheesy carts could ever have a scandal so twisted it makes even Berlusconi pale by comparison.
Oh yes, Silvio, Tiger is tanned, too - so consider yourself doubly pale.

And with headlines like 'Tiger is a Cheet-ah', from the New York Post, who says that newspapers are dead?


Did you hear Tiger is changing his name to Cheetah?


What do Tiger Woods and baby seals have in common?
Both get clubbed by Swedes

It's nothing serious, just a publicity stunt for his new DVD release, "Crouching Tiger, Hidden Hydrant"

Just one more and that's it.


It seems that the guy’s gone awry
At least, that’s what rumours imply
They say golf's king
Took a swing at a fling
And now, has an unplayable lie