Rome Mayor for a Day

There's a political campaign going on around Rome asking you to post and click and join some movement or another and reveal what you'd do if you were Mayor for a Day.  There isn't a day that goes by in which I don't think obsess about that.   [If only citizen's suggestions were actually put into action, well, perhaps cities would be amazing places for all concerned]  So, in the spirit of the season, I thought I'd offer my wish list for my first 100 days; because I'd probably be run out of town or worse before the 101st. 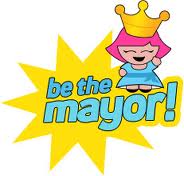 Day 1   Internal Organization
- Install a Cabinet of 50% women & a woman Vice Mayor (to top off that extra 1% of which we hold the majority)
- Toss out all the "advisors" and watch my budget grow (like the City 'on-staff' Doctor who never has to report into work but still gets paid approx €5000/month for services) - and with the extra money, open nursery schools and daycare for Altzheimers patients
- Make sure everyone uses their own unreimbursed mode of travel to their offices (and just watch how fast those bus services start working like a freshly greased wheel)
- Start enforcing absenteeism and docking pay

Transportation
- Before giving TrenItalia one red penny for their abysmal train 'service', they would have to first: a) provide airport trains with space for luggage and no additional staircases inside the train b) add additional commuter trains and staff to clean them c) add an elevator to the airport track at Ostiense Station.  Then, they would have to extend hours for commuter trains so people could actually use them after a night out on the town.
- Build commuter parking lots for those who might consider taking a train or bus into town
- Build a foot bridge over the Via Imperiale from the Colosseum so cars no longer have to halt every time one of 7 million tourists passes by, and another one on the Cristoforo Colombo so people can flow as easily as the cars.  I might add one over at the Capitoline Hill besides.
- Make sure night buses are small and electric.
- Put ticket agents on every single city bus.  Believe me, you would pay their monthly salaries in a week.

Long Term Infrastructure (which creates jobs, I might add)
Start a 'Big Dig' from the Pontina to the Cristoforo Colombo to stop the buildups at one of the most congested arteries in all of Rome.
Ask a tourist (or better yet, me) to travel around Rome and redo all the incorrect or missing signage - such as the entranceway to the Tangenziale; removing all the signs for Rome's Auditorium and putting them near the Auditorium where they might actually do some good.
Turn the abandoned buildings of the ex-Fiera di Roma into a Science Center for children and families
Actually fine and force people to remove their illegal structures in Rome at their expense or risk of jail

Cut Costs
- Police no longer used for political escorts - if you want to make sure you won't get shot up, maybe it's better to not draw so much attention to yourself in the first place with dozens of police postings, lights flashing and 8 cars before and after you.
- Police no longer traveling in three or more to a car
- Meter maids must work on their own and not in tag teams; Meter maids also employed to give fines to owners of dogs who don't clean up their crap
- Bring in night watchmen on dog duty and levy hefty fines for infractions

Increase Revenues
- Take away the dreaded 'Tourist Tax' and instead make the Rom pay for their garbage removal services and property squatting.  €10/person/day to live on City property and, campers immediately towed and fined €5000 if parked on city streets.
- Advertisers and Outdoor advertising companies fined €2000 per sign that goes up and is illegal, political ads must pay for the space
- Instead of allowing new building, people will get tax breaks for picking up the abandoned ones and turning them into places of business

Improve the City
- Actually enforce all the rules & regulations that heretofore have been put in place (e.g., squeegees, prostitutes, illegal building and the like)
- Stop all tree 'pruning' and ask the Finnish Park Service (they're in the EU right?) to oversee any future cuts
- Force the private companies who cut down the trees to take away - at their expense - the hundreds of thousands of tree stumps they leave in their wake and replant them with proper, tall, magnificent trees as in the rest of the neighborhood
- Discontinue planting of nano-orange trees and replant the beautiful Roman trees that give us oxygen
- Force the paving firms to guarantee that the crosswalks will be white for at least 5 yrs and they must repaint within 24 hrs or pay a hefty fine when they magically disappear
- Allow citizens to photograph license plates of cars who nearly run them down while crossing on crosswalks and/or who are on cellphones or worse, texting - or those that double park and block crosswalks and then charge hundreds in fines
- Give tax advantages to stores and offices who don't use or turn off florescent signage at night
- Build - keep up - and enforce contiguous bike lanes throughout the city
- Provide toilet paper in every single school and start painting and improving the facilities
- Turn off the lights on the Colosseum every day a woman is murdered by her partner or ex.

**Items in gray have live links.

Here's another list (In Italian) by a very able administrator from my quarter in Rome...

Great ideas. Obviously you have put a lot of thought into this, too bad the politicians don't do the same

@Nonna - I still can't get over that parents have to bring toilet paper to school for their kids...

In Venice the kids (through the rappresentante di classe) need to purchase the toner and copy paper if the teachers intend on using the photocopier for any extra materials.