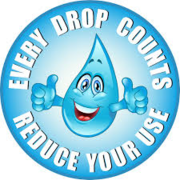 And for more on Food Waste and what we all can do about it...a good place to start is Tristram Stuart's TEDTalk and the website: feedbackglobal.org/food-waste-scandal/

Liked your write up regarding your visit to California. In your blog you never said "where" you witnessed the behaviors of waste, but I personally, know you are speaking the truth because I'm here day in and out watch ATROCITIES being committed to our resources. The bottom line is because we live in one of the most beautiful and temperature ambient states it just doesn't occur to a huge amount of the population to "use what you need only" Honestly, there needs to be re-education at community levels but that takes time, money, and interest. The only way change will come is through fines and taxes, but those are topics for another time. :)