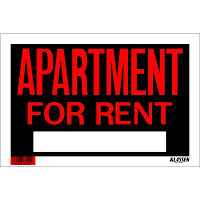 A friend of mine has been looking for an office to rent around Milan. Luckily for him, he’s been given ample time to find one; because in Italy, if you’re looking for a home or office, you have to take off a lot of work in order to do so. In one of the last bastions of la dolce vita, real estate people still don’t work weekends, much to everyone’s demise.

And so, he set out looking for an apartment in the area he wanted. Needless to say, in a country which doesn’t hold telling the truth in very high esteem, he says that half the time looking for a place is spent on sleuthing out the clues on whether or not the realtor is truly telling it like it is, or merely hedging her bets when it comes to apartment size, availability and location.

For him, anything that does not match each of the above requests is a deal breaker. For the realtor, everything is in play. Nothing is not debatable, nor not open to interpretation. His conversations are highly reminiscent of Laurel&Hardy’s “Who’s on First?” routine.

One realtor, so zealous in having found a legitimate client (it would appear there are a lot of fake clients, too), actually went around his neighborhood, calling all of the apartments he had already seen, and then telling him they were now her listings. He kindly demurred saying he knew them well, and no, no amount of talking them up was going to make him change his mind and fall in love with them.

At one point, he found what seemed the perfect place. He called the same day the ad came out. He was asked what type of business he was in. Upon answering, the woman said the place was no longer available.

- What do you mean? A moment ago it was. It’s perfect for me.
After putting him on hold, she gets back saying, “Okay. My colleague, Marco, will take you to see it, but just don’t mention my name or my office to the owner.”

Upon arrival, the owner asks if he’s a Doctor. Well, in Italy, where titles are everything, he said, in fact, he was, meaning that he had a Post-grad degree and that his business was totally on the up and up.

The woman looked perplexed. She said Dottor Marco here had told her that he was a real Doctor. Now he was perplexed. "He’s my realtor!", he innocently exclaimed, much to Dottor Marco's chagrine.
"No he’s not, he’s a Doctor." And then ensued a case of uncovering mistaken identities, right out of the play book of Oscar Wilde‘s ‘The Importance of Being Earnest’.

Needless to say, by having told the truth, he didn’t get the office he wanted.

I think it is very interesting to deal with another cultures. I am working as a Toronto realtor and I also had a chance to deal with Italians. At a beginning you feel not very comfortable because their way of speaking and dealing looks very offensive but it’s not always true. I was also surprised about stories they’ve told me about Italian way of doing business.

Ah the Italian Realtor experience - yes you have hit a good one here. I had one ask for documentation that is totally illegal to even ask to see. Clearly this twit was doing the business of the seller and did not really care about the buyer...hum why does that NOT surprise me?