European Elections - what are we voting on?

I've finally reached a conclusion about the upcoming European Parliament elections. It comes down to pretty much two sides, but, in Italy, not even just between Right & Left; candidates seem to compete with each other within their own 'tidy' little party. But, from my perspective (a streetwalker of sorts), it comes down to how you view Italy & Europe: 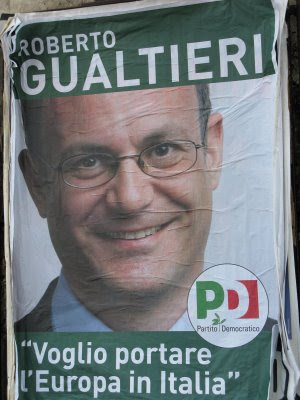 Mr. Gualtieri wants to bring more of Europe into Italy (and, I must say, a welcome choice of semantics).

While Mr. DeAngelis wants to bring more of Rome (and its parent region, Lazio into Europe). 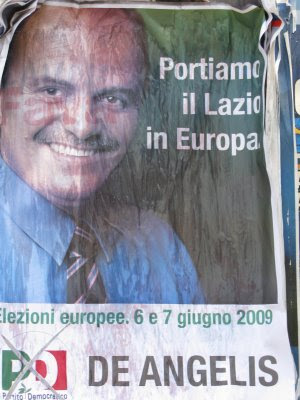 Seriously wondering how the Swedes, heck, even the Belgians would feel about that. 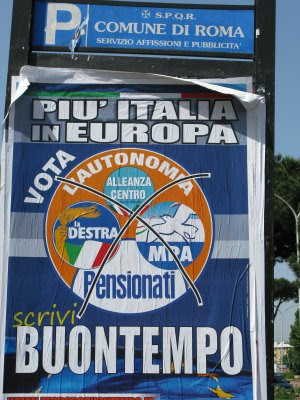 Berlusconi's right, on of course, their mad path to demagoguery definitely holds no bars when it comes to what they want: absolute control of Europe through the 'Italian way'.
Even his right wing brother, Sarkozy attempted (and failed) to extend the Presidency indefinitely, taking his cue from like-minded Napoleon.


While the rest of the cast of characters, tend to follow DeAngelis' lead here, and decide that the European elections, are, simply put: about Europe. 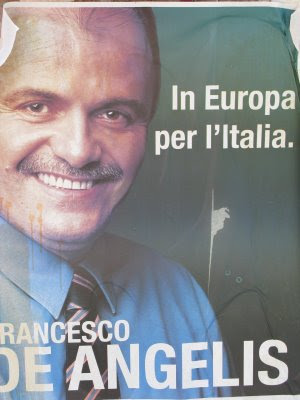 I guess they haven't figured it out yet that Italy is, in fact, part of the European Union already.

Now, now...Italians are the best looking on the planet. And besides, check out the perfect teeth. You won't find those in the UK! (I reference even Blair, although Prince William seems to be an exception)

photoshop does the job....better than a dentist doctor