The other day I met some friends at Rome airport’s Car Rental Room (something not unlike a rubber room at an insane asylum -- just add rubber). I had little Trevor in tow. The reaction to my little beast or beauty (depending on which side you were) turned the room into the Continental Divide -- Europe – vs – America.

The Americans traveling with small children were greatly relieved to have a little distraction to ward off the oncoming tantrums. They huddled around Trevor, encouraged their kids to pet him, sat the littler ones around him, showing them how to pet, kiss, and hug him, calling him over time and again…

The Italian kids seeing an actual stuffed animal come to life were just as eager. But the mammas would chase after their little bundles, screaming “Don’t touch! Don’t go near! No petting! Attenzioooonnnnnnneeeeeeeee, Giovannnnnnniiiiiiiiiiii!!!!!!” One look at Trevor and he might actually turn into one of those little Gremlins, spring into action and devour little Giovanni’s head – all in one fell swoop. 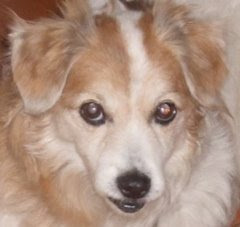 Some parents (okay, I’ll be honest…the dads) would lead their kids by the hand to hover over Trevor; their hands outstretched just above fur area. I kept repeating over and over “È buono, È bravo”, but to no avail; they knew there was a darker and more vicious beast over in a corner watching their every move to a centimeter of their life…and they weren’t going to be the one to spring that one into action.

From the worried looks on the mammas’ faces, I could tell they had already checked where the Airport Chapel was—in case they needed to administer last rights--after all, one touch of the hand and their child would turn into a huge boil just oozing bacteria & perhaps even the plague itself.

Naturally, once they got their cars (sans Kiddie Car Seat, it costs more), there Giovanni would go, right into mammas lap—no seatbelts, of course – head perched just in front of the airbag release, thanking God at last that their bambino survived the beast.

I'm one of those Americans who avoids dogs like the plague! I love animals but I don't want to live with them or share a home with them.

Well, I don't think you HAVE to pet everyone's dogs (in fact, I NEVER do--I'm partial to Trev). I just find it intriguing when an entire country won't or will deny a child that little pleasure...

Maybe because in general in Mammasphere our so brilliants co-citizens have dogs like pitbull or something like that ?? and never never clean their friends gifts on the streets ?? and never never take care about children when they leave their dogs in the public gardens ??

Sure this is a problem of the humans (Italians humans in particular) not of the dogs.
Al guinzaglio i padroni italiani dei cani.

how can anyone think such a calm little guy could have a mean bone in his body is beyond me.

Well, Italian friends tell me it's more a germ warfare thing than an attack dog fear.
But, has anyone stopped to consider the consequences? I don't recall ever hearing about someone dying from dog hair, although I have been known to have severe asthma from cats...And, that'll kill you!

So crazy! the maniacal fear of germs and then they don't wear seatbelts and don't put belts on their kids either...its nuts. I thought not wearing seatbelts and having kids on your lap or standing on the scooter was just a southern thing but I've seen it in Rome and Bologna. One of the peculiarities that bugs me about Italy is the utter disregard for safety, yet at the same time being way overly protective of their kids. Very odd indeed. great post :) ciao Dea xo