On the Street Where You Live 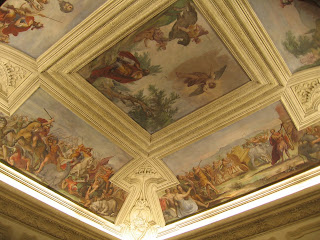 Not to name drop (after all, he’s been dead for the better part of three hundred years), but…last night I was invited to Pope Innocent X’s private apartments overlooking Piazza Navona. I was told to go to Apt. 1a, via dell’Anima. In the throws of a serious dejá vu, my previous blog entry came right to life.

Pretending not to notice that the street name is actually via Santa Maria dell’Anima, I set out to find the home. Numbers started at 52, making their way down to 49 (same side of the street) before starting up again at 65 (and then going down again). 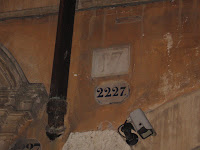 But, they kept declining until the street ended at 2. I went around corners, in nearby piazzas, up tiny streets hoping to find a 1a somewhere.

Desperate and feeling far too anglo for not getting the system, I finally called my (Italian) friend. No, it’s 31a! I must have sent you the wrong address!

p.s. I have mentioned this fiasco to a few Italian friends who live in the center of Rome (and have for decades). They looked at me as if I had told them I was pregnant with an alien being...all the while shaking their heads in disbelief...They have never encountered (or at least thought about) the street numbers, to the best of their knowledge.
I bet they're just as confused in America by the order of the addresses.