Not to be an alarmist, but visiting  friends the other day,  I was totally shocked as to what I saw happening there. She and her daughter were preparing gift boxes of all things
Italian to send to friends and family in the USA.  One could argue that with the Italian post office in the state it is, these were actually just care packages to the downtrodden postal workers; many most likely would never reach their intended destination.  Or perhaps...they were sending them out so they can arrive before Christmas – 2020.
In any case, like two of Santa's elves, they were filling packages full with Ferrero chocolates, little Kinder treats for the kiddies (illegal in America due to some serious lobbying by the U.S. confectionery industry, but they do have a strange - chokeable - prize inside their famous eggs), some fabulous Pugliese taralli of all flavors, panettone, biscotti and other sundry items. I half-expected to see a carton of MS cigarettes and even some Peroni beer tossed in for good measure.  It looked to me as if America woke up one day in the middle of a sort of Mad Max film; gourmet stores boarded up, no aceto balsamico on the shelves, and even chocolate was no longer an item one could purchase without giving it a second thought. 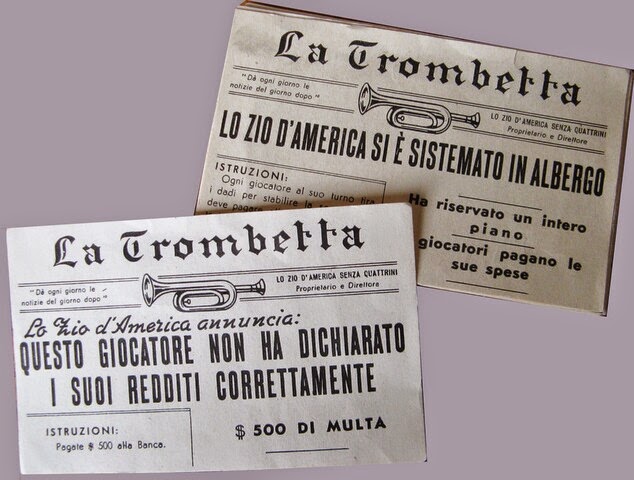 There was a time when seemingly everyone in Italy had an ‘Uncle in America’ who would likewise send treats, money, and most of all hope. With the mortgage crisis, the credit crunch and the bottoming out of the middle class...Is this where America is headed?
Luckily for my niece and nephews, they can boast a Zia in Italia who, should they get in a pinch, will always be on hand to send over a jar of Nutella and some crisp euro bills (yeah, right.)  But as the U.S. economy picks up speed while Italians are headed overseas by the thousands to find a new future...maybe it will be lo Zio d'Italia who will soon be receiving those Yankee dollars and gift packages from a treasured niece or nephew after all.