The Future According to Berlusconi 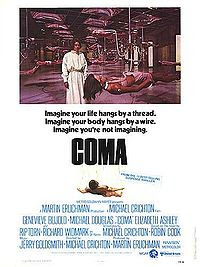 Eluana, Italy's Terri Schiavo, after 17 years living in a total vegetative state finally breathed her last breath. May she and Terry both rest in peace. I won't go on about the amount of political maneuverings, legal loopholes and misconceptions that accompanied her passing (Berlusconi's incredible statement 'well, she can still reproduce') was just one of the many even more sickening opinions on this very private matter which went expressed.

And while I won't go into the implications of this decision to discontinue her feeding tube (which include political, human rights, constitutional, religious posturing and street protests; not to mention the family's very own right to privacy), I'd just like to say that perhaps Berlusconi, in his eternal quest for the fountain of youth, was actually serious.
After all, what with his hair plugs, facelifts, and barrage of sexual potency insinuations (he must have his very own Viagra production house), I'm sure he would like to live on forever; even if that means being kept indefinitely on a feeding tube.
I wouldn't be surprised if he's taken all his money and arranged to have himself frozen in a cryonic suspension case, so he can come back later and appear on talk shows in the Year 2310 next to 20-somethings in bikinis. Who knows? He may still have his singing voice.

But, this idea of keeping people alive just because we can strikes me as something out of the 1978 Michael Crichton flick, Coma. Just think: there are not enough beds in Italy to house the temporarily infirm, where will we put the bodies? Maybe this is Berlusconi's true solution for Malpensa Airport. Use the hangars for hangers. That might explain the secretive meetings with officials in Milan.

Whether or not you agree, it certainly beats the Soylent Green solution.

I feel disgusted that's all. I cannot understand how there could be no limit to decency from Berlusconi, and I cannot but feel anger thinking about how Eluana's family could feel.

This continuous rape of their privacy and the jusdgement of the "never to be judged Church" is just unbelievable.

What's funny is that those people killed so many innocents durign centuries and now they speak for God saying that a life cannot be taken, but my question then would be: can life can be given/forced either in the way it was given to Eluana? Or was that just a palliative to mae us feel better?.

I'm disgusted and have been with Silvio, the economic "el Duce" Berlusconi. He's a disgrace to Italy.

Though I think, Antonio, you must differentiate the socio-political mores of centuries past, where everyone knew the world was flat, from the present thinking whether you agree with it or not.

It certainly is a decision that I'd not like to have to make.

Re: His comment of today, "Too bad, we could have saved one single life..."
If he's really so intent on saving lives, he'd pump up the security to stop the rape-murders, start prosecuting domestic killings, go even further after the mafia/camorra, and toss the drunk drivers in jail and throw away the keys.
The hypocrisy is deafening.

Francesca:
Worse yet, from Economic "El Duce" he's becoming just "El Duce." If you've got a lamp post I've got the rope.

A lamp post it would have to be. The trees are all gone!

At least now he doesn't have his chum(p) Bush and must shoulder this ridicule all alone.

Well, I disagree in that Berlusco is an elected official winning fair & square. I just wish he'd pick up a copy of 'Statesmanship for Dummies' and learn from page 1, that a Head of State needs to keep their lips sealed (and, from the page on Clinton, their pecker in their pants).

But, I will leave you with what one political commentator said yesterday:

"When you start passing special laws to circumvent the standard political processes, and they go rubber-stamped, you don't have a democracy, you have a dictatorship."

Just wait: in 4 1/2 years he'll be Ambassador to Britain for Italy.

Soylent Green is people. It's PEOPLE.