For those of you who might be interested in how the 'World Champs' could have fallen so far, so fast, from grace, I proffer a roundup of the Mia Colpa circulating in the media and in the street:
And, I don't think it's a case of sour grapes.  While Italy is not the only team to grab various body parts and convulse on the pitch (Slovakia's goalie wins the Oscar yesterday), they have the moves choreographed as well as a Verdi Opera.  If only they would put as much finesse and forethought into their passing.


If we could now get people from all walks of life to join in, and repeat:
Out with the Old, In with the New 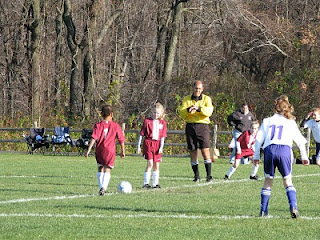 Run the octogenarians out of political office, Media conglomerates (for Berlusca this is one & the same), University fiefdoms, the TV shows, the Museum dictatorships (where some Directors are as old as the artifacts on display), Company Board Rooms, and even from the Holy Trinity of Italian society: La Mamma needs to step aside & let her 30-something kids grow up & get going, people were even saying so about the Pope (and his upper echelon), and finally, let's pull 'em out even from the Mafia Don secret refuges...and allow the energy & fantasy of youth to drive the ball straight into the net.

Do this, and believe me, Italy would not be caught offsides.

[we'd then only have to figure out how to get our hands on the billions in Mafia money...]

Well, the Azzurri didn't really fall from grace, they simply didn't have grace. A lot of people (outside of Italy of course) and I didn't think they deserved the World Cup title 4 years ago, they just lucked out (with the help of the referees - see Italy vs Australia - of course).
Lippi did quit right after the last World Cup. Donadoni took the job and failed (I wasn't surprised). Lippi got a call and decided to take the job again. That's just stupid of him.
I'm so glad that they are out, finally. Justice.