Retake Rome: Get in the Act! 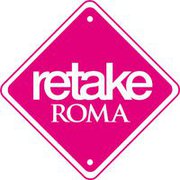 If you live in Rome or know someone who does, here's an opportunity to act like a local: Participate in an upcoming protest march thru the city streets:


RETAKE ROMA, a movement aimed at increasing civic pride of our public spaces, has launched a Cordata per il decoro or “March for Dignity of Public Spaces” to take place on Saturday June 11. Our aim is to raise awareness of citizens, and all the institutions, associations and committees and those who see us march, to view our streets, our walls and other objects in our urban landscape with new eyes.
While Saturday's demonstration will involve only a small part of the XX Municipality, we believe it will be only the beginning of a cultural movement that will spread through the entire city.
It is essential that citizens begin to understand what it means to give a new face to their streets, involving ourselves directly and actively in the management of the urban décor of our neighborhoods.
Seeing our walls, streets, signposts, garbage bins, rooftops and other urban structures clean, and not blighted with advertisements, signs, stickers, graffiti and other vandalistic, abusive elements is a question of respect and common courtesy to others.
Abusive signage that spoil the streets and sidewalks is also dangerous because it often violates safe driving norms. The decision to remove signs from the spaces in which we live our daily lives is not only a cultural and environmental battle, but one aimed at increasing safety.

Check for updates on the event at Retake Cassia: cordata per il decoro

along the same lines:
http://incivileabordo.wordpress.com/
How many times have you found yourself trapped on a sidewalk because some jackass parked on the crosswalk, the curve, the sidewalk, etc?
We are tired of people parking like wild animals (aka parcheggio selvaggio) and we want to make a point by sticking these NON-damaging stickers on cars that park illegally.
If you're interested in participating and want some stickers, email me: incivileabordo@gmail.com

non-damaging stickers? If it were up to me, I'd smear eggs all over the cars...

Please send me over a graphic of the stickers, and I'll post it on the blog!

Thanx for supporting me...