The Way to an Italian's Heart...is Thru the Liver

Anyone who's been in Italy for about 12 nanoseconds knows that Italians love their livers - and I'm not talking about the ones heaped onto a gorgeous helping of polenta.  No, what most observers find is that while kids in America are forced to Pledge Allegiance to the Flag, hands over hearts, Italian bambini place their hands slightly further down (okay, the boys even further down) and Pledge their undying Allegiance to their livers, in Mamma's Cooking we Trust.
And so it came as no surprise when this ad campaign was released over the summer, that I swear...Pays homage to the liver - declared across all quarters as 'Un Grande Successo'.

To a country that blames all stomach ailments on the liver, claiming, after a big meal, 'Mi sta sullo stomaco - literally, 'it's on top of my stomach' (and there's a lot of truth to that feeling for those times in which you find yourself totally bloated after gorging yourself on the gorgeous first-second-third courses followed by dessert and then a 'digestive liquor' as a chaser). Or those actual claims of liver enlargement, which most of the rest of us in the world blame on the gallbladder (that little feller' stuck on the bottom of your liver like a listening device under Berlusconi's or Angela Merkel's desktop) -- having relegated liver enlargements to raging alcoholism.  [When you mention the nasty ol' gallbladder, the 'Cistifellea' as a potential culprit for your malady, You know...the part of the human body that regulates fats and so on, you are met with seriously strange looks, as if you had actually said, with a total straight face, 'A basket (cesta) of fellatio.'  I think I'm the only person outside the medical community who can call it by its proper name; 'Cistifellea' a term so brutto to pronounce, it's no wonder the smooth talkin' 'fegato' gets all the credit.]
In short, I have no idea what UniEuro does -- all I could think of was my guts, rotated for effect in photoshop to resemble my liver.  Perhaps they make kidney dialysis machines. On second thought I decided it was, indeed, an award-winning promotion -- of eating well in Italy...Although during this depression, it seems more like pizza-by-the-slice is the plate of choice for most everyone.
Nonetheless, even Americans, with their fad 'liver cleanses' are getting on board. Perhaps they could pay a visit to UniEuro and let us know what it's all about.

Advertising Age: About 68 -- for the subtle sophistication of the photoshop techniques...and for the lovely heart imagery

Rome, out of money and clearly out of ideas has decided to double the Tourist Tax in Sept 2014 bald-face lying - errr --- promising "improved services for tourists" that somehow never transpire -- just like this summer, in the height of tourist season, buses were cancelled - garbage piled up - and of course, pickpockets ran the joint.  Here is my update to Rome's new Mayor, Ignazio Marino:

Certainly, we can all understand your point of view; trying to come up with ways to arrive at month’s end – just like the rest of us – with money in the bank.  It was a stroke of pure genius – hit the captive audience that won’t crowd your city center, block traffic and hold huge sheets with protest slogans in revolt.  It’s an even better idea, considering that "other capital cities" have been charging a sojourn tax for years [Let’s ignore the fact that other cities like London or New York have over 15 million inhabitants compared to your 3.5 million - with services to match - but, who's counting?].

Regardless, since you’re a Roman resident and you’ve never had the privilege of enjoying the city as a tourist, allow me to shed some light on the subject.  You’ll find that the Tourist Tax has been levied for some time now – paid in full by tourists – your "petroleum" – a tax so widespread, it’s like an oil slick on your country.

A day in the life of a tourist in Rome 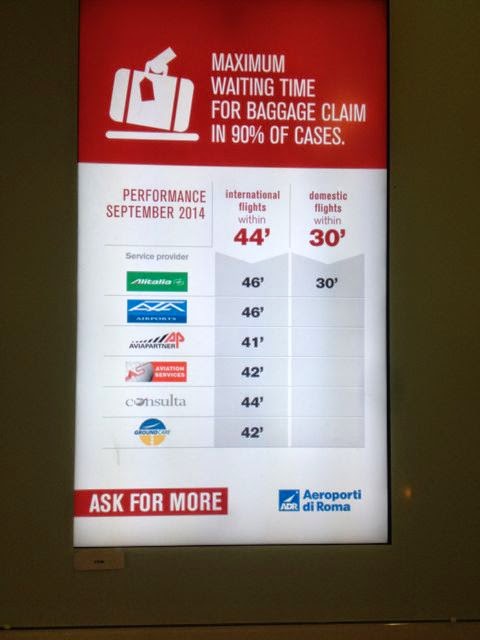