Can you say Yummy in Italian?

Italians are so serious about food, I never in my wildest dreams thought they would debase themselves to critiquing cuisine as 'yummy'.  But this word is so cool that I can’t believe I never knew nor used it prior:  gnam-as in gnam-gnam meaning yum-yum.
Perhaps this is for kids, and, not having any Italian tots handy, maybe it just never crossed my radar.

Which brought me to think about food (doesn't everything?)  I've been doing a lot of that lately -- most likely due to hanging out with all the right people -- those Slow Food folks who I admire down to the very pit of my stomach.  So, as I chomp on an almost delirious piece of aged cacio (as in cacio cavallo cheese) - so yellow, it seems a bar of gold is occupying my fridge - I’ll share a few of my most recent palatable adventures. 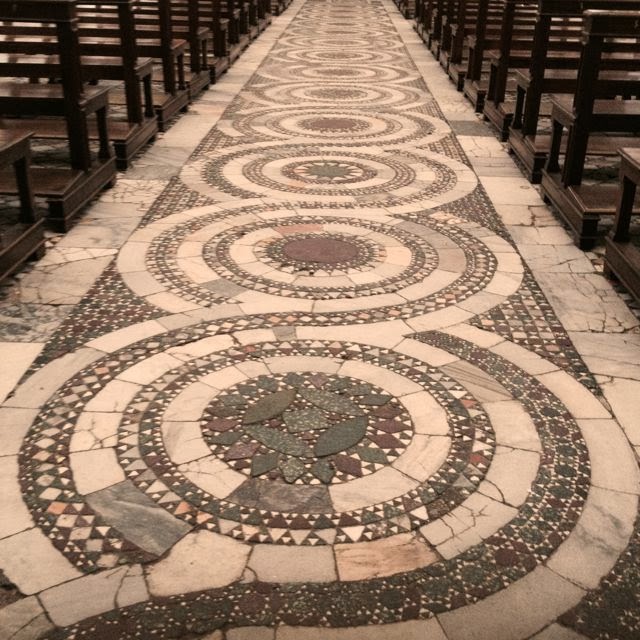 I purchased the cacio cheese along with organic wines & olive oil from TusciaGnam - I know, an impossible name to type let alone remember, so just bookmark their site and never regret it.  Tuscia, is the Etruscan-ish area around Viterbo, just outside Rome.  Thankfully (for us tourists, not for the tourism providers), it's oft neglected by the crowds to their detriment; Tuscia is brimming with gorgeous foods, remarkable sights, and serious farmers who want to ply you with only the best.  It has, indeed, captured my heart straight from my stomach.  The area boasts plenty of food festivals or sagre, and Viterbo is home to an amazing annual foodie extravaganza, a two-week event called Caffeina. 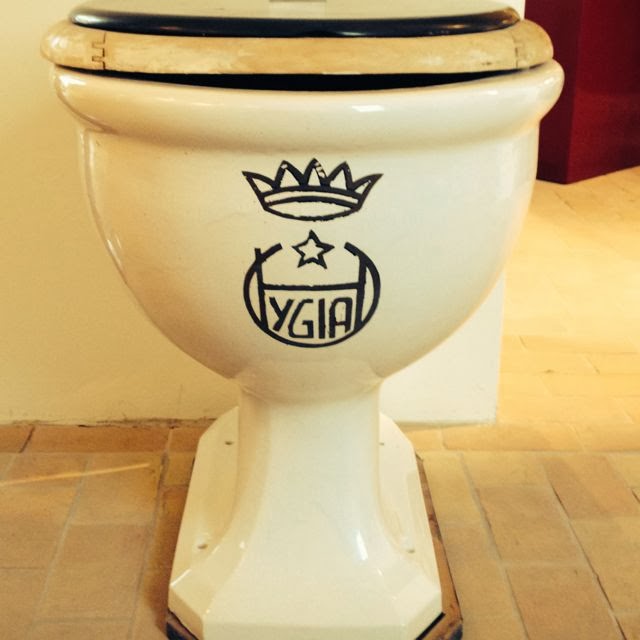 A recent trip to Civita Castellana, a proud land of porcelain has a gorgeous Duomo and a wonderful relais, Falisco, where we were treated to more TusciaGnam tasties, including pasta from farro (an ancient grain I believe someone once named spelt - but thankfully, according to google, it's farro from now on), made with that scrumptious cacio cheese; my favorite right up there with Sardinian aged pecorino.
At their ceramics museum, we were also enthralled by the skill of molto simpatico Mastro Cencio who showed us in minutes the technique behind Etruscan pottery and their decorations [Click on his site here & Cue in: music from Ghost].  His terra-colored paints when heated, turn black on the pots.  Gorgeous.  From here, the Etruscans would be pleased to know that the area gave us our toilets (or, bathroom fixtures, if you prefer).
*****
Back in Rome, I happened upon a fab new Gelateria Romana (a funny misnomer, as it was founded in Rimini in 1947 so now coming to Rome!)  They’ve done it up nicely, with an all-white atmosphere, gorgeous windows, gelato-filled crepes and sauces flowing non-stop from faucets; the stuff ones usually dreams about (or, that I always do...).

Just around the corner, I was treated to an all-day outrageous buffet at Porto Fluviale, one of the many hip bars & restaurants opening in this funky area (viale ostiense) that used to house flour mills along the Tiber, along with the gasometro and the Electric Company, now my favorite museum in Italy.

With all our balmy weather, the Gelateria was packed with the dopo-pranzo crowd, so, it’s a bit stressful to actually eat there, but worth the pushing & shoving; an experience not unlike the one across the way at Eataly.  The area also boasts about 5 sushi restaurants - I’m not sure in what state of sushidom…but one day, I’ll set out to try them on for size.

And, not to disappoint my readers without offering “the flipside of the frittata," I’ll mention that we have heard about the fake Italian virgin olive oil confiscated at the swanky Herrod’s Dept Store in London; looks like the Tuscan "import" comes from the fair green hills of Gran Bretagna - a sore subject taken up in the fine tome, Extra Virgin.  [And which also provokes the query...they have olive trees in the UK?] 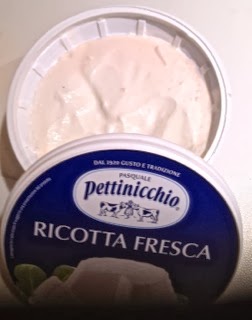 And while on the subject of imposters, I had my personal bizarre moment, when my package of Pettinicchio ricotta turned out to be fucsia; not a color you want to see in nature's whitest product.

So, I’m going to check out if I can get Tusciagnam to deliver ricotta fresh from the sheep (even better than from the cow) but until then, I'll happily enjoy my golden brick of cacio cheese.

Actual he's Mastro CENCIO! A shortening of his actual first name - Vincenzo. He might not be too happy to be referred to as chubby. :-0