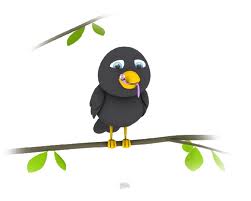 Nonetheless, be sure to throw an extra blanket on your bed just to be sure...

Love the background details, as always! <3