What's Up in Italy

While the nasty weather, the economy, and Mr. Monti, our Prime Minister, seems to have everyone in a foul mood these days, I take my monthly inventory on all good things Italy.  I might as well start with some of the stickier parts. 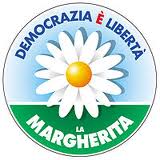