Driving in Italy? How many points for a pedestrian?

One of my pet theories - that Naples has some of the best drivers & Milano the worst - has proved true.  Well, almost.  Anyone who has ever rented a car and driven through Naples will tell you, it's an absolute chaotic mess - something not dissimilar to little amoebas in a petri dish knocking around.  But look more closely: those cars that swing at you from every direction, making you appear like a character from the Wacky Races (you know, where the car suddenly sprouts huge springs to boost you above the cars so you can pass them all without incident), rarely ever actually hit each other. [with the exception of them hitting you, so you pull over, and while you're busy discussing, their buddy is depriving you of all your luggage & your purse]. 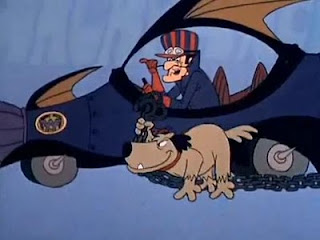 Take a trip to Milan, and fender benders are par for the course.  Personally, I think it's because the roads are so chaotic in Naples, no one has time to ungrip the wheel in order to send text messages; while in stand-still Milano, people don't insomuch drive while talking on the phone, they talk on the phone while they happen to be absent-mindedly driving.

But don't take my word for it: just ask the pedestrians.
The stats were just released on the number of deaths by drivers - and, as the Amici della Polizia Stradale (they have friends?) reported, 'It's a combat zone out there.'  In 2009, there were 4725 victims out there, up 2 points from 2008.  And, just to give you some bare numbers, this translates into 7.859 deaths since 2000 and 205.432 injured - one third of them while walking across those white crosswalks (or hopelessly faded ones, I'm sure).
So, where should you 'cross with (grande) care?'  Distressing at least to this Roman, Lazio takes the lead (106 victims), 2/3 of the victims in Rome alone, followed by Milan's Lombardy region (99) and Emilia Romagna at 67 (very few of those coming from the city of Bologna itself-so go figure).
And, where is it wise to walk?  Of course, Valle d'Aosta - as close to Switzerland as one can get (2 victims, but few inhabitants too), Molise (3) (if you knew where the heck it even was on a map), and Verona & Bari - really?! (if you've ever driven around Bari you'd understand my surprise) at zero - But here, our Amici make an exception: provided the victims were actually fully accounted for.  Palermo & Naples a respectful 13 & 14 casualties.

Oh-And my theory?  Neapolitans know how to avoid all & sundry while they maniacally dart in & out of traffic -- riding on sidewalks if they have to, only to suddenly squeeze in before cutting down that family of four - also on the sidewalk and perched at 60 km/hour on a Vespa.  In Milan, Trevor got run over by a car frozen in traffic at a standstill.  I rest my case.
The Milanese take any other moving object as a target. Instead of playing squash, it's how they get their nervous energy out.  But, while Naples may be a paradise for pedestrians, take my advice: drive there at your own peril.

Real Time Update to this Post:
On Dec 9th, the State Court of Appeals (in Naples, no less) ruled that if you, the pedestrian, hesitates in your approach to the (clearly faded) white lines, seeing that as you're crossing, a car is shooting at you at 80km/hr, it's your fault if you're run over.
After all, these are the same guys who said if you're raped while wearing jeans, it's clearly consensual [ignoring the obvious that even a guy would take his jeans off if he had a knife to his throat].

Clearly, he who hesitates is lost.
I always position myself beside an Italian and stride out purposefully next to them - not on the car side.