A Word from the Brits 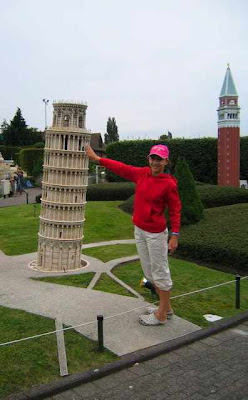 Recently, an article made the headlines ‘round the world of the best & worst sites to visit according to Virgin UK. And, while the conclusion was obvious – if you follow the crowds you’ll always be disappointed – even I had to agree, that the Eiffel Tower & Times Square were pretty big letdowns, especially if you go to either place for New Year’s Eve (I have). What caught the Italians by surprise, is that three of their sites made the top 10. So, just to sort of compare notes with my Caveat Emptor column on the left, well, I couldn’t agree more.

The MUST SEE list included Venice’s Grand Canal. While the expense of riding up and down it is approaching UK congestion tax fees (with the current horrid exchange rate), I must say, I have never ever been even tempted to pick up my newspaper or a book whenever I’m on a ferry boat riding the Grand Canal. If you do, you feel like your ripping off your very own senses.

On the list of disappointments, the Spanish Steps came in at number 6. And, while they’re not much to look at, they make a great place for people-watching, even though, you’re probably being watched even more by all the pickpockets roaming around there. What’s really worth having a look at there, though, is the McDonald’s. I was around when it first opened in 1986—they had to make it conform to the beauty of the square (even though the Micky D’s smell stlll was intentionally pumped out into the square – you should have heard the retailers’ protests way back when!). Well – with its mosaics and fountains and ceramic tiles, to this day, I still want to hang a banner down the front of it, alà Greenpeace, which declares, “Real McDonalds don’t look like this.”

My BIG disappointment, The Leaning Tower of Pisa, came in at number 10. And, while it’s loads of fun to take those pictures which look like you’re holding it up, can’t you do that nowadays with Photoshop?

But, incredibly, even Leonardo made the ranking. At number two of the disappointments, was the Louvre – now, I think that’s a bit of British envy – the problem there is the crowd, and, anathema to the Brits, the fact that one must actually pay a King’s Ransom to see the Emperor’s treasures. But, the Mona Lisa a big letdown?

I must say, the first time I saw it, behind a crowd of people and under plexiglass, I didn’t even stop to try and see it. But, now that it has its very own room, well, I think it’s all about expectations. Clearly, people thought it would be who knows what, when in fact, it’s just a simple portrait that even Leonardo didn’t complete until years after the sitting.
In short, it’s when you get off the very beaten path, well, you will be amazed at every turn in the road and what you’ll find on every hilltop. And, if you stop for lunch, well, you will never be disappointed. Except, I’d say, in Venice.

To see my lists of great sights or sites to avoid, just click the link.